1. Show the total number of hours for all the master schedules created on the Master Schedule window.

User(s) will have the ability to see the total hours on the master schedule screen. These total hour(s) will be the sum of the totals of all the plans listed on this screen.

The system will now allow user(s) to send notifications on new invoice creation to multiple recipients based on the selection done under office settings -> Billing tab -> Send Auto-Notification on new Invoice creation.

Previously there was a checkbox for the agency to decide if they wish to send an invoice to a payer. From now onward, instead of a checkbox, a drop-down will be shown, along with the ability to multi-select for the following recipient(s)

3. Assigning caregiver as Primary on the assessment tab for any client in the State of TEXAS.

For agencies operating in the state of Texas, the system will allow user(s) to assign a primary caregiver on the Assessment -> Facesheet tab.

The list of Active caregiver(s) will be shown in the dropdown from where the selection will be made.

User(s) will have the ability to select the default service type that would then be carried forward at the time of creating the schedule for that particular client. The value for service type would appear as selected under the service type drop-down on the create schedule window.

5. New column "Finalized On" is added on the Drafted Payroll & Invoice screens.

6. Ability to void Invoices in QBO & QBD that are voided in the CS360 system.

User(s) will have the ability to void an existing invoice in CS360 which has been already sync'd in QBO/QBD, and the system will automatically void it in QuickBooks as well.

Use cases as an example:

Note: If the agency voids an invoice in QuickBooks directly, QuickBooks updates the amount and quantity to ZERO but that has no effect in CS360 because the operation has been completed in QuickBooks.

7. Ability to create a backdated task(s)

On the Task/Communication screen, the system will allow the user(s) to create a back-dated task(s). No reminder(s) will be sent out for backdated tasks.

8. Ability to select "Schedule Status" while creating a new schedule.

While creating a New Schedule a user(s) now has an option to set “Schedule Status." All the statuses will be available to the user for selection. 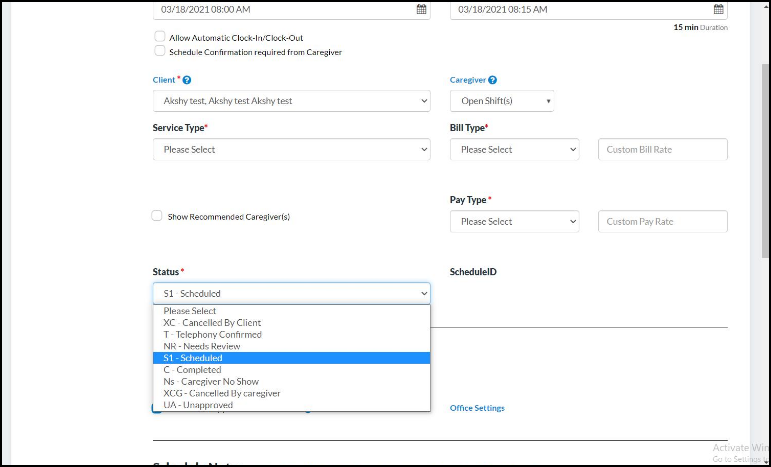 9. Allowing overlapping of unavailability at the time of the creation.

Now the system will allow overlapping of unavailability at the time of creation. Earlier it was not allowed. This can be done from the Agency portal and Caregiver Portal and Mobile app.

Now on the Open Shift(s) Calendar, we have added the ability to edit multiple shifts at once. This is similar to the multi-edit functionality we already have on the Schedule Calendar. 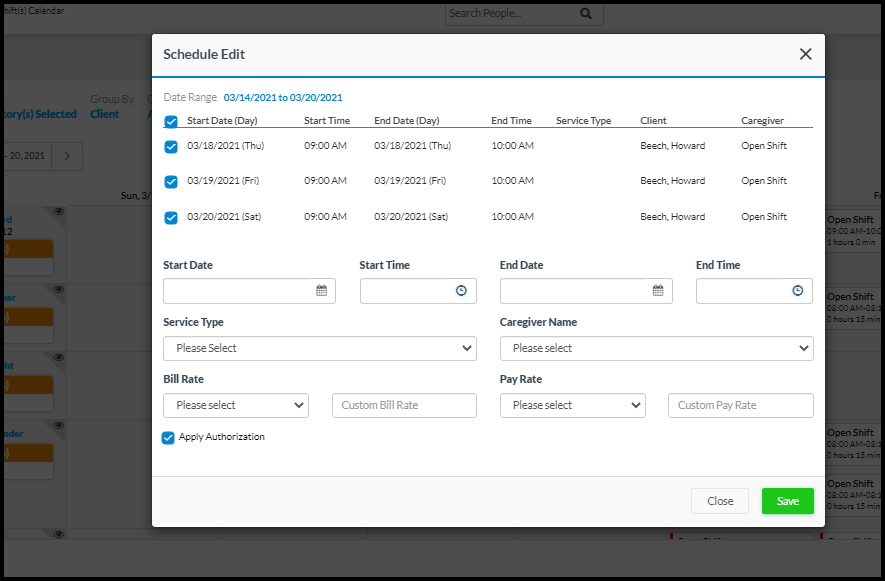 11. Ability to search by client name within client filter on Open Shift Calendar.

An option has been added to type in the name of the client in the Client Search filter available in the Open Shift(s) Calendar.

12. Ability to expand all rows in Open Shift(s) Manager.

User(s) will have the ability to expand in one go to view more details under “Caregiver --> Agency” tab similar to “Agency --> Caregiver” tab. 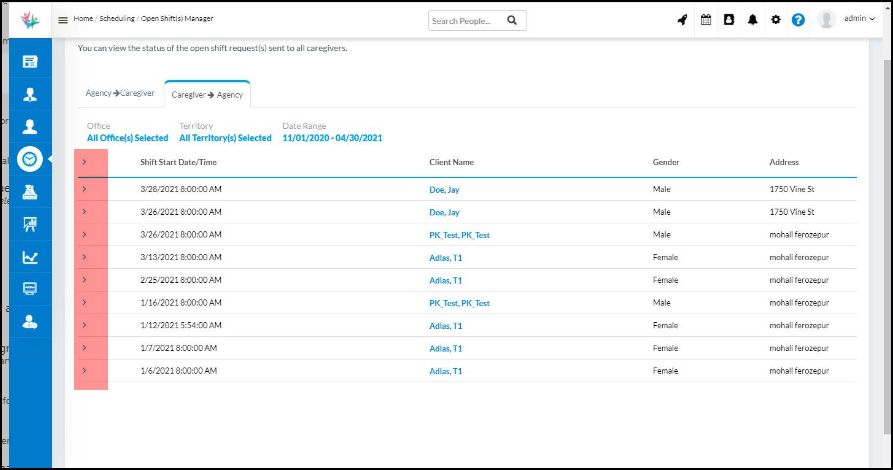 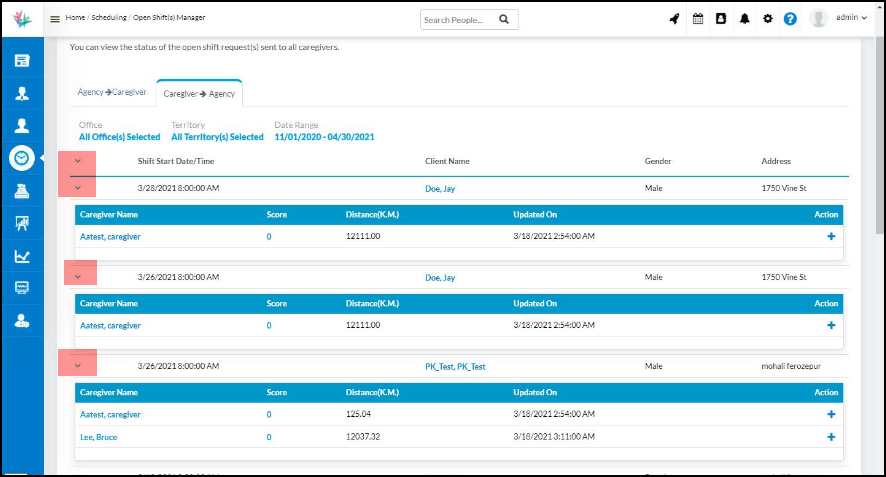 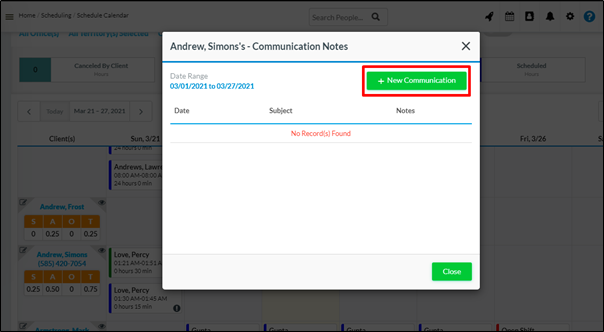 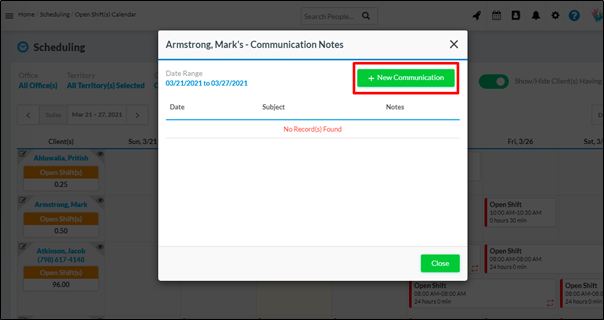 14. Message window to open on click of the phone number from Schedule calendar for the client(s).

User(s) will have the ability to send SMS to Client/Caregiver right from the schedule calendar itself where the phone number of the specific profile is mentioned.

15. Ability to view Comments from Communication logs in a user profile

Now it is possible to view comments from Communication logs. Every communication which contains more than one comment can be expanded on the grid itself to view more comments. Also, we have updated the columns in the log’s table/ grid. 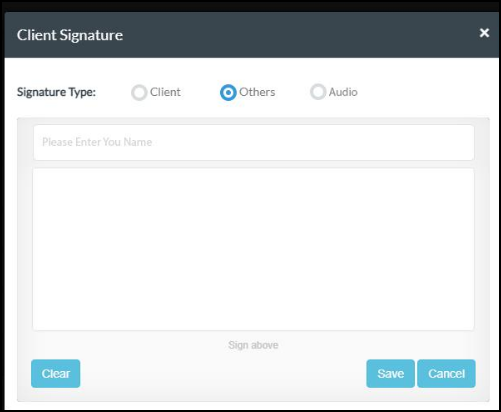 Compatibility Type filter added in the Compatibility screen on Client and Caregiver profiles, we have added a filter “Compatibility Type”. This will help the user to filter out between various Matching Codes created in the Admin settings under DDM-Client Management. 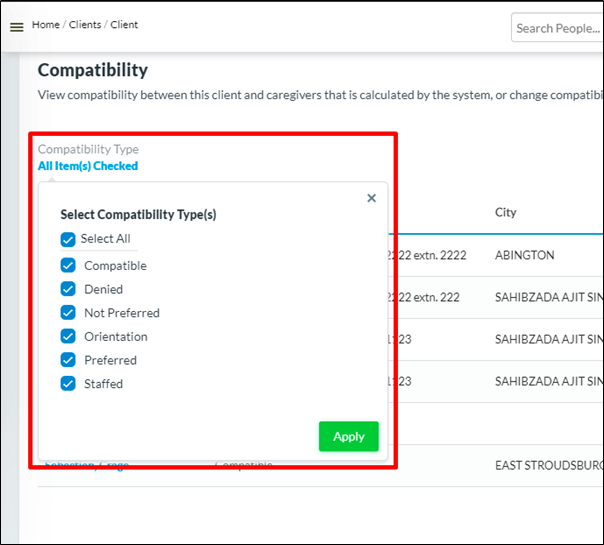 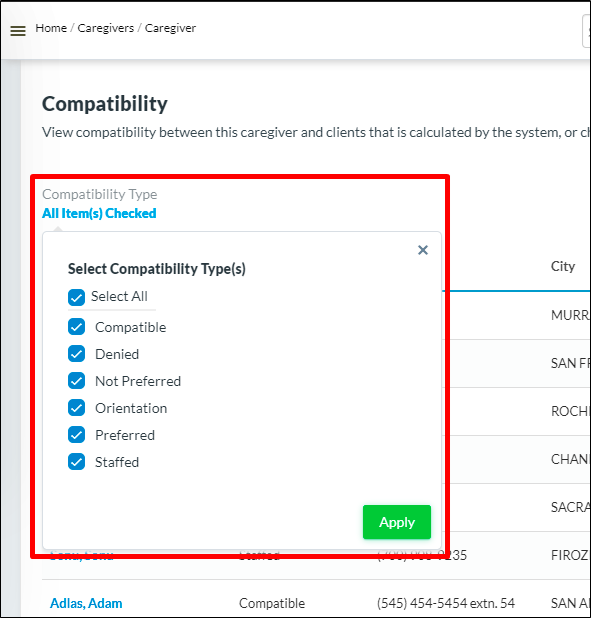 New & Revamped Finalized Invoice PDF has been introduced to make use of the white space to accommodate more schedules. 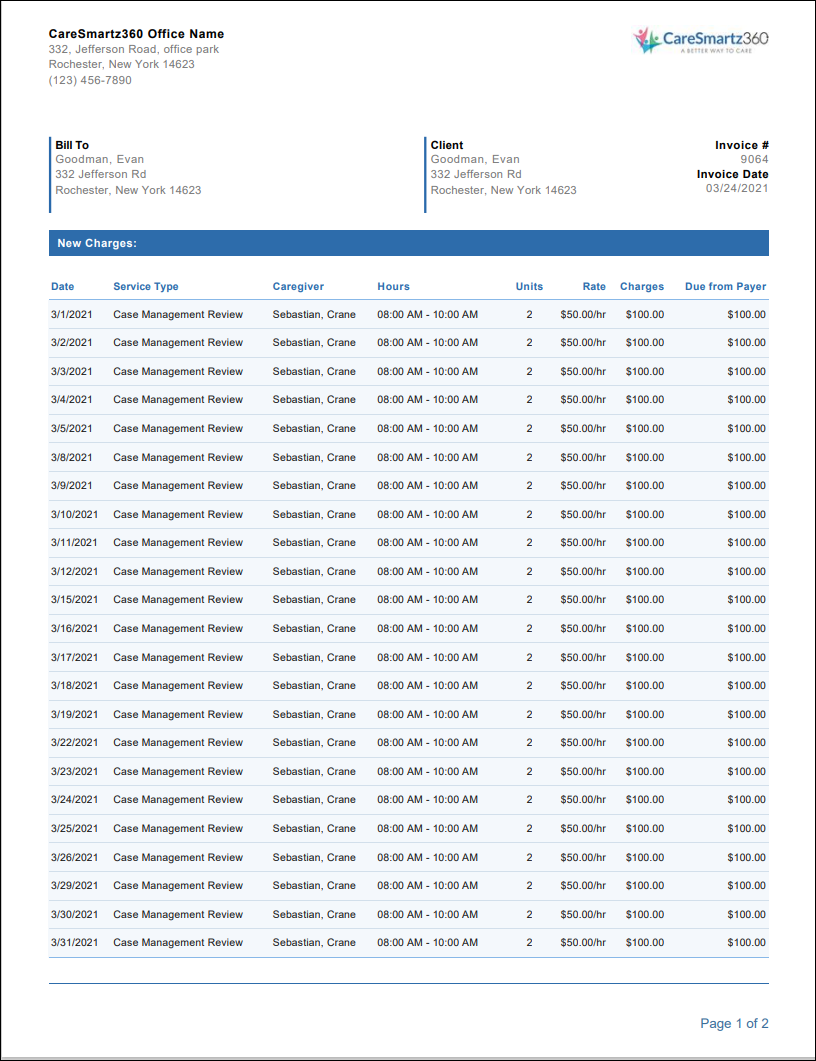 This improved UI is also compatible with "#10 Business Envelopes". 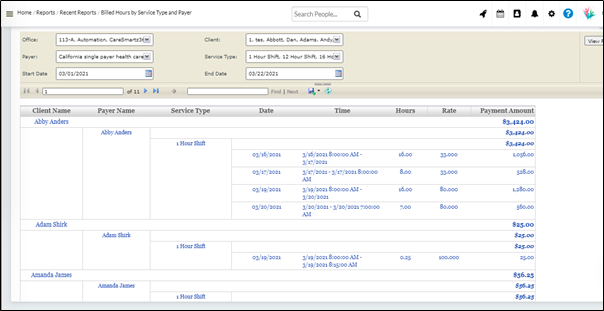 22. Authenticare workflow improvements in the state of Arkansas.

User(s) will have the ability to enter provider Medicaid ID based on various service types configured in the system under the EVV configuration page.

23. TELLUS workflow improvements for all states.

User(s) will not be able to filter the visit(s) that are rejected in a particular batch on the TELLUS Data Post Detail screen.

Caresmartz360 is now integrated with Sandata in the state of Illinois.

The system will prompt the user to enter the Visit edit reason code & action taken on schedules at the time of manually approving the shift from the Schedule window or from the time tracking screen. This will be applicable on the bulk update of schedule status on Schedule Calendar as well.

26. HHA Exchange - API integration for the state of New Jersey.

Caresmartz360 is now integrated with HHAeXchange in the state of New Jersey via their API method. For Agencies operating in NJ, the user(s) will post the data directly to the HHAeXchange via API. No manual export from CS360 and then import to the HHAX portal will be required.

Caresmartz360 is now integrated with HHAeXchange in the state of North Carolina.

Did this answer your question?